Saint Patrick’s Day remains one of our nation’s most celebrated holidays nearly 250 years after the first American celebration took place in Boston in 1762. 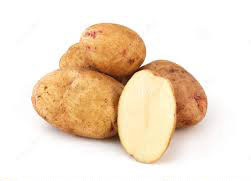 While a few traditions have changed, the ceremonial planting of potatoes around St. Patrick’s Day remains strong, according to Burpee Chairman and CEO George Ball.

“Customer interest in potatoes has remained consistently strong year after year at Burpee,” says Ball, noting the hike in potato sales the company experiences yearly during the weeks leading up to St. Patrick’s Day. “This data proves that planting potatoes on St. Patrick’s Day continues to be a deeply rooted tradition.”

Potatoes have an intriguing history in Ireland that goes back to the 1600s, when Britain introduced the vegetable as an ideal food source for their first colony’s peasant population. By the 1840s, this nutritious vegetable had helped to decrease infant mortality rates in Ireland and helped make the Irish people literally stronger than their British rulers.

Although the Great Potato Famine destroyed potato crops across Ireland in the early to late 1840s, it spurred new plant breeding programs and the introduction of disease-resistant potato varieties. The famine is credited by many historians with stimulating modern agricultural science.

“The potato’s history underpins it as a unique symbol of strength,” says Ball. “Combined with the usual proximity to the first day of spring, St. Patrick’s Day potato planting is a deeply ingrained Irish tradition.”

The origin for potatoes was in the area of present-day southern Peru and extreme northwestern Bolivia, where they were domesticated 7,000-10,000 years ago.

After the Spanish conquest of the Inca Empire, the Spanish introduced the potato to Europe in the second half of the 16th century.

Following centuries of selective breeding, there are now more than a thousand different types of potatoes.